Thank you for Subscribing to Life Science Review Weekly Brief

Building a Data Factory for Speed and...

Migrating to the cloud is only the first step

Challenges and Opportunities for AI in...

The Role Of Patient Reported Outcomes To...

Building a Data Factory for Speed and...

Migrating to the cloud is only the first step

Challenges and Opportunities for AI in...

The Role Of Patient Reported Outcomes To... 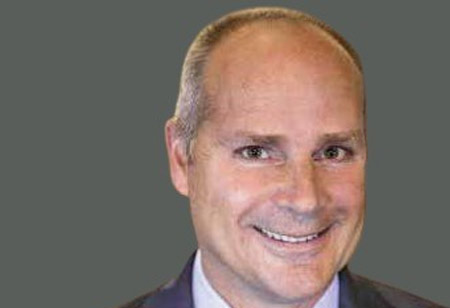 The current transformation in information technology can be thought of as a 5th Industrial sRevolution that is affecting all business sectors, including healthcare. According to the United States Office of the National Coordinator for Health Information Technology, in the past decade adoption of Electronic Health Record (EHR) technology by office-based physicians expanded from just around one-quarter to over 90% of practices. Patients are also increasingly relying on technology for their health care needs, with nearly half reporting that they had recently used online applications to communicate with their clinicians or make appointments. In addition, wearable devices are now creating additional data. Finally, diagnostic instruments are generating more data than ever before. Patient-generated health data, instrument data, EHR operations data, and results from diagnostic and laboratory testing contribute to increasing amounts of data in the healthcare space. This convergence of scientific data and operational data has affected every aspect of IT management in the healthcare space, from data acquisition and processing to analytics that integrate clinical and enterprise data.

To respond to the exponential increase in data-generating sources, healthcare companies were required to make significant capital investments in the infrastructure needed to process the enormous amounts of data being generated on a daily basis. Such investments began with procurement and provisioning of multi-thousand node clusters requiring peta byte-level storage, but such purchases led to other needs. The rate at which data are produced often quickly surpasses the capacity of small companies to manage the needs of such hardware, including HVAC requirements, data backup and archiving, as well as data security and basic administrative tasks.

Patients, providers and payers now expect the same intuitive and interactive experience that they have with an airline or rideshare app

The migration to cloud providers addressed some of these basic issues such as provisioning, but new challenges for IT professionals emerged, including archiving, security and administration of cloud-based infrastructures. Meanwhile, standard enterprise issues, which, for the healthcare sector, involve ensuring compliance with government agencies, such as the Centers for Medicare & Medicaid Services (CMS) and commercial payers such as insurance companies, still require attention. Perhaps most importantly, how to leverage all these disparate data in a meaningful way became the largest challenge for legacy IT teams. Implementation of extensible platforms was the action that allowed IT teams to provide secure, scalable data management solutions that required only a fraction of the resources that were previously needed and in turn freed time and budget that could be devoted to actual business processes and improving customer experience.

What does the ability to have an application or platform scale from a 1,000 to 100,000 node cluster on demand without IT intervention, or having access to a data lake that securely integrates data across scientific and customer platforms, mean for the average company in the healthcare sector? In essence, the removal of human capital associated with maintaining infrastructure and facilitating rapid data integration allowed companies to dedicate existing technical resources to defining and implementing processes that add value for the customer.

As a result, a new breed of products are now available that harness extensible platforms that internally manage and scale HPC clusters, data lakes and analytic solutions to bring IT teams out of the data center to build a modern, secure, and simple customer interface.

Consider the purchase of an airline ticket not too long ago with the experience of today. Using a website or app, airline customers now have an experience that is efficient, intuitive, but most importantly, interactive. Such apps allow an array of previously unavailable choices, including the ability to select favored seats or purchase WiFi or custom meal service. In addition, customers can now access relevant historical and current data such as on-time arrival rates and what model plane services a particular route and choose their flights based on this information. A similar user-experience-driven transformation is taking place in the healthcare sector. Patients, providers and payers now expect the same intuitive and interactive experience that they have with an airline or rideshare app. Thus, modern healthcare applications must leverage all available relevant data to dynamically process and render these data to provide an intelligent platform that offers options that are tailored to specific user categories. 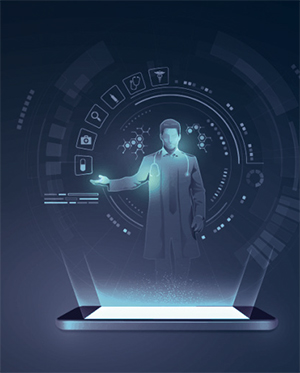 At Millennium Health, an accredited specialty laboratory with over decade of experience in medication monitoring and drug testing services, our customer-centric approach to the design of forward-facing products has made the Company an industry leader in the healthcare sector. This commitment includes a cloud-first approach that involves SaaS and PaaS (Software as Service; Platform as Service) providers that enabled us to reduce, refocus and embed technical resources into our business teams. From these efforts, our company now has a unified and focused vision that supports the output of tailored, customer-facing initiatives, including peer-reviewed publications that yield new insights into patient care, and a proprietary customer platform and clinical intelligence tool. Through this platform, Millennium Health can integrate several disparate data feeds to offer relevant information in real time as healthcare providers interact with the system. We can empower clinicians to actively engage with their patient data to make more informed choices about medications and treatment plans, and to gain greater awareness of regional and national trends while providing enhanced value to customers by enabling compliance with payer policies.

Overall, advances in technology have enabled Millennium Health and other companies in the healthcare sector to focus not on housekeeping tasks associated with data management, but instead on business-centric customer solutions that improve the user experience and allow more effective data integration and usage.

Three Steps To Succeed With Digital Transformation In Pharma?

A Tale of Transformational Leadership in the IT&S Setting

Aligning IT with the Cadence of your Business

Data Governance is Relatively New to the Healthcare Industry

DNA Infusion-Providing an Identity and Voice to Pharmaceuticals

However, if you would like to share the information in this article, you may use the link below: